Cardiothoracic surgeons are medical doctors who deal with the prevention, diagnosis as well as management of surgical conditions of lungs, heart, and oesophagus. These professionals also determine which equipment and methodologies of surgical procedures will be successful in attaining the desired result. Cardiothoracic is a vast and complex field, so most cardiologists specialize in various areas of the field. Cardiothoracic surgery, also known as cardio surgery, has come a long way in the last few years. The latest development is robotic heart surgery, where a machine operates on the patient under a strict supervision of human surgeons.

How to become a cardiothoracic surgeon

The educational process for the completion of the training is one of the the longest in the medical field. Cardio surgeons spend 8 years in college, with the 4 years in a premedical program and the other 4 in a medical school. Upon completion, they spend their first five years in a surgical residency learning surgical skills. Once they complete the training in surgical residency, they move on to complete a two year fellowship in cardiovascular or cardiothoracic surgery. While medical students who are about to make career choices are aware of these long training periods, they opt for this career path as it is one of the most lucrative careers in the medical field.

Choosing a career in cardiothoracic 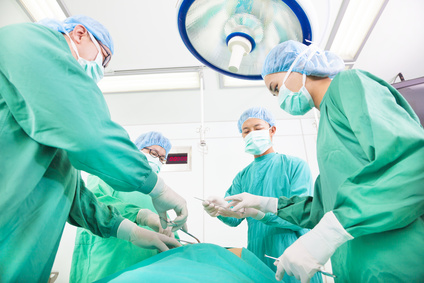 A career in cardiology can be rewarding financially. Since cardiothoracic does take an extra 4 years in to practice, cardiologists can draw earnings in the $300,000-$800,000 range. There are several variables that can impact a cardiothoracic surgeon salary. These factors include years of experience, practice choice, level of specialization, geographic area, and locum tenens. Cardiologist can get additional income from locum tenens. The salary here depends on the number of worked hours, daily and even on weekly basis. There’s no denying that cardiologists are among the highest paid professionals in the U.S.

Professionals who have practiced for six years or more get a medium expected income of $522,875 per year according to the second set of figures released by BLS. According to a 2012 American Medical Group Association survey, cardiothoracic surgeons reported a median wage of $544,087 per annum. A survey by Medical Group Management Association reported wages of $560,659 per year for cardiovascular specialists and $762,846 per year for pediatric cardiovascular specialists. Compensation was different for hospital surgeons, with an annual average salary of $567,171 for cardiac surgeons and $681,408 for pediatric cardiac surgeons.

The average wage per hour for these professionals ranges between $147.53 and $270 according to the salary statistics done by Jobstat. The highest paid cardiac surgeons earn an hourly wage of $270.67 per hour, while the lowest paid earns $40.86 per hour. It is important to note that the vicinity will largely impact hourly pay for this group. A majority of these professionals get medical cover including dental coverage, while vision coverage is available only to a limited number of cardiologists. Given that the work they do few people are willing to do; these professionals love their work and are more devoted and satisfied at work.

Cardiothoracic surgeons are rewarded with hefty pay checks than professionals in other specialties. In the AMGA’s report, only orthopedic surgeons and neurosurgeons out-earned cardiologists. The annual salary for neurosurgeons was $592,811 per year, while orthopedic surgeons earned $688,503 per year. Cardiac surgeons see an increased salary after reaching 10 or 20 years on the job. Cardiologists with over two decades of experience reported salaries that are higher. They brought in more than $700,000 per year.

While cardiothoracic is a lucrative profession, it depends, to some extent, upon one’s specialty. For instance, cardiologists who prevent, diagnose and treat heart conditions in kids and adolescents do satisfying work, but don’t bring in as much as their counterparts in other fields.